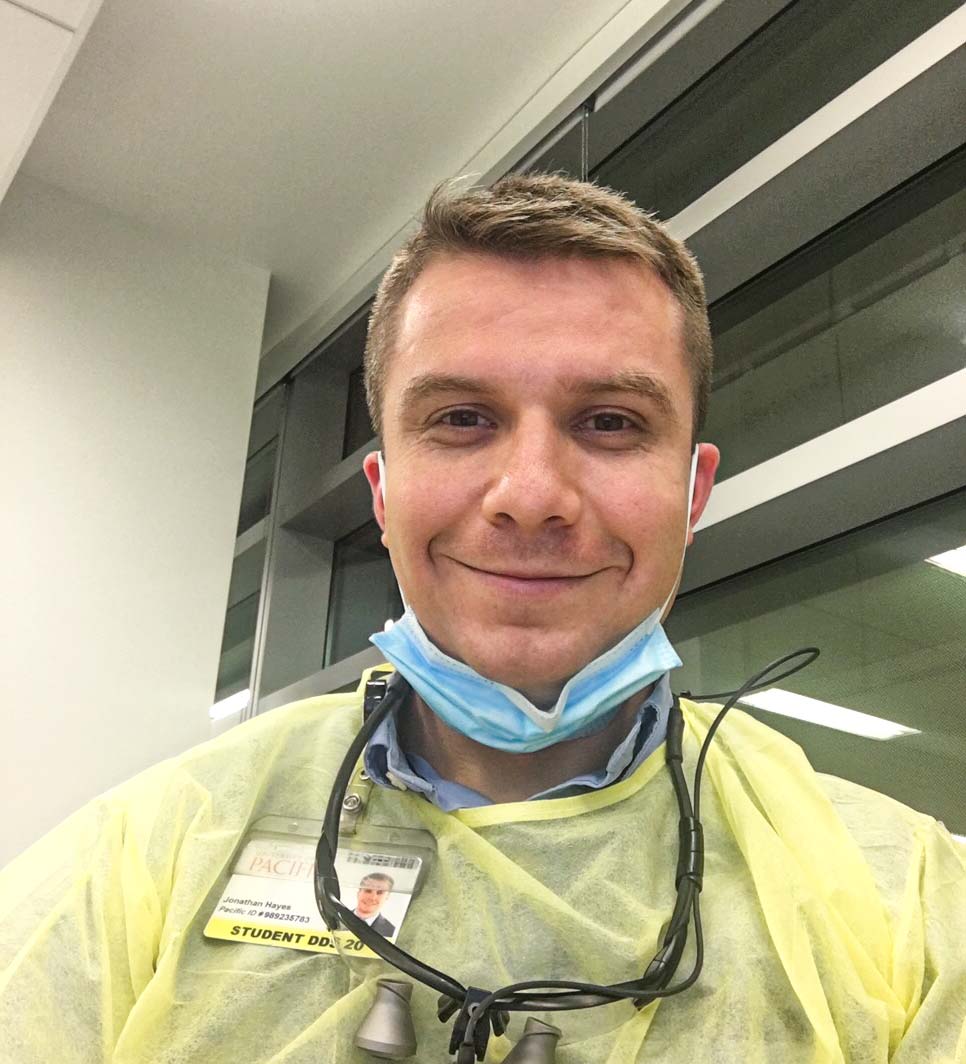 Dr. Jonathan Hayes was born and raised in Colusa where he was shaped by a diverse community and developed a love for the outdoors. Growing up, Jonathan enjoyed playing soccer, running cross country, and canoeing on the Sacramento river with his family. Jonathan attended California State University, Sacramento, where he earned a Bachelor of Science degree in Biomedical Sciences and minors in Chemistry and Geology. Jonathan has a work history that includes stints working as farm laborer, a veterinary assistant, a biology and chemistry tutor, a Costco cashier, and a political organizer. All of these experiences helped to prepare him for success in dental school. He attended the University of the Pacific Arthur A. Dugoni School of Dentistry in San Francisco, where his work ethic, attention to detail, and meticulous nature helped him to excel and earn the respect of his classmates, patients, and mentors. When he is not practicing dentistry, Jonathan enjoys hiking and backpacking, swimming in lakes and rivers, road cycling, playing guitar, spending time with his family, reading, and gardening. 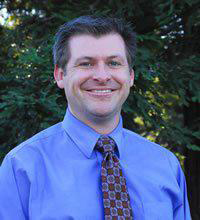 Although he was focused on his dental career, Dr. Dexter studied history in college to broaden his understanding of the present through the prism of the past. His curiosity also motivated him to study abroad in college, learning the languages and cultures of Germany and Spain. Through dental school, Dr. Dexter’s curiosity drove him to excel, earning the dean’s gold award for academic excellence. His curiosity further motivated him to seek advanced training in general dentistry through a residency at Cedars-Sinai Medical Center in Beverly Hills. In his daily practice, Dr. Dexter’s curiosity drives him to understand the individual behind each tooth and to embrace modern technology in the treatment of each tooth.

Dr. Dexter spent a year of his life serving in Prague, the capital of the Czech Republic. After communism fell in 1989, there were three generations of Czechs who had not had access to western language training. Dr. Dexter served the Czech people by teaching English as a second language to adults and children.

Dr. Dexter decided to attend Loma Linda University School of Dentistry, a school that has service as one of its main charters, operating clinics locally and internationally. While in school, Dr. Dexter took the time to serve the dental needs of the Coachella Valley locally and abroad in Loreto, Mexico.

Dr. Dexter lives in El Dorado Hills, where you’ll see him running, hiking, biking, skiing, and camping with his wife and two daughters. 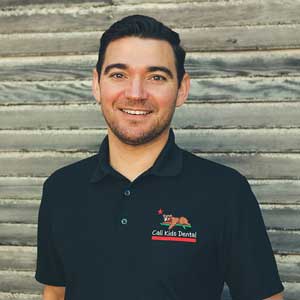 Dr. Jordan Priestley is our Pediatric Dentist, specializing in the care of children. Cali Kids Dental offers a children’s wing under the same roof as Next Level Dental, where everything from the movie theaters to the specially trained staff are geared toward children. 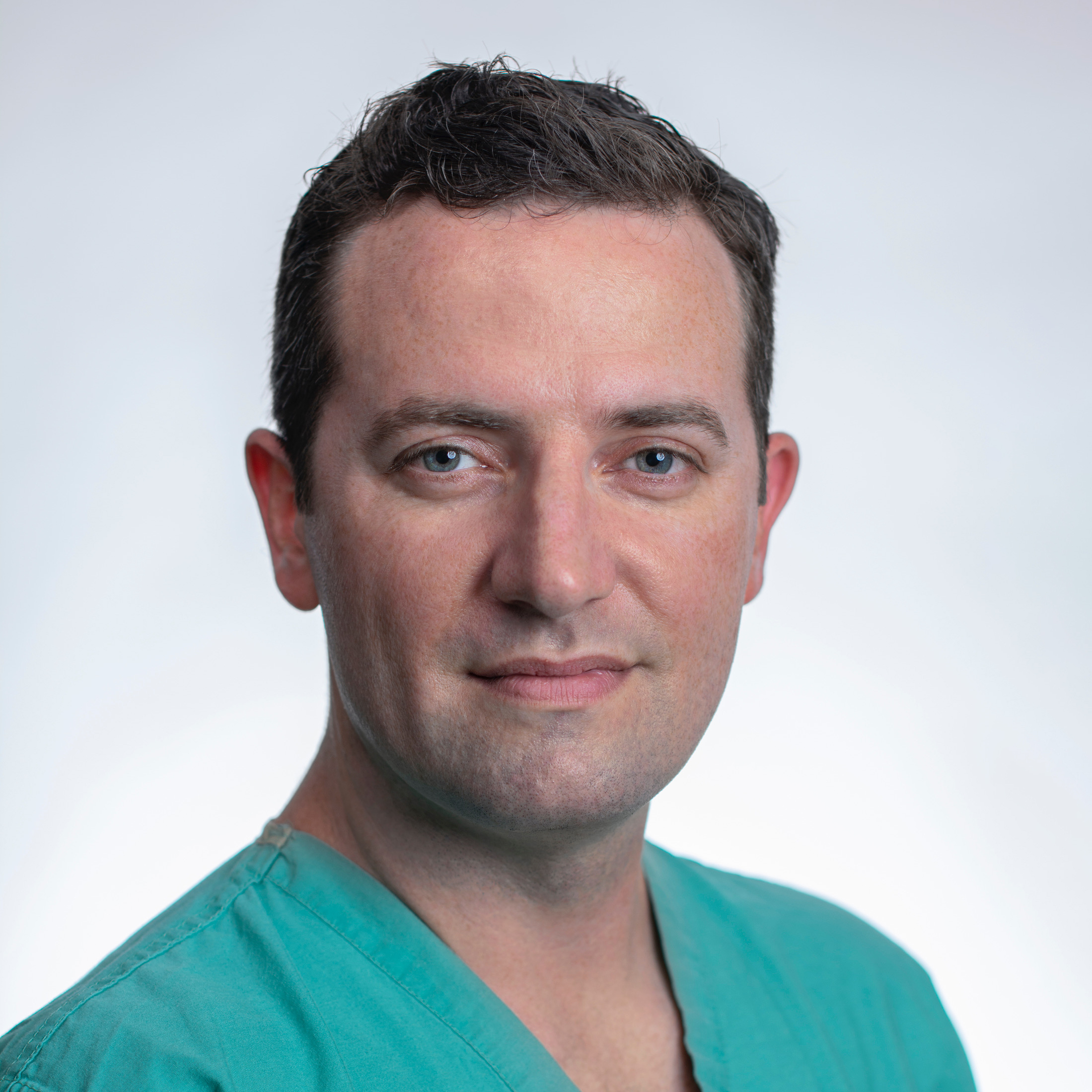 Dr. Furmanek was born and raised in Roseville, CA and graduated from Granite Bay High School. His love for the greater Sacramento area prompted him to stay close to home and earn his Bachelor of Science degree in Neurobiology, Physiology, and Behavior at the University of California, Davis. After graduation, he moved to New York City where he earned his Doctor of Dental Surgery from Columbia University, College of Dental Medicine.

Graduating near the top of his class, he was inducted into the Omicron Kappa Upsilon honor society while also earning the American Association of Oral and Maxillofacial Surgery Award and the Exemplary Professional Conduct Award from the New York Academy of Dentistry.

Although Dr. Furmanek has gained a large breadth of medical and dental knowledge, his greatest interest lies in wisdom teeth removal, dental implants, orthognathic surgery, sleep apnea, and the temporomandibular joint. Tailored treatments can be completed in a safe, comfortable environment thanks to Dr. Furmanek’s extensive training in general anesthesia and intravenous sedation.

Dr. Furmanek takes pride in delivering patient-centered care with a gentle touch, empathy, and humility. Together with his excellent surgical skills and compassionate chair-side manner Kevin is beyond excited to serve patients throughout the greater Sacramento area.

Every time I enter the office, I’m greeted with big smiles and friendliness from all of the employees. They truly go above and beyond to make their customers feel welcome.